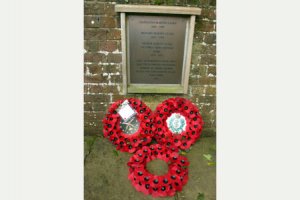 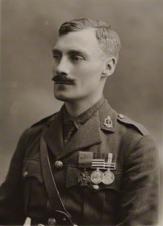 Lieutenant Colonel Arthur Martin-Leake VC & Bar was a British double recipient of the Victoria Cross, the highest award for gallantry in the face of the enemy that can be awarded to British and Commonwealth forces. 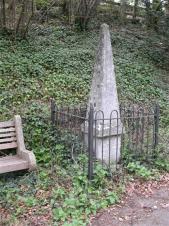 Thomas Clarkson (1760-1846) was born at Wisbech, Cambridgeshire, the son of a curate and grammar school headmaster; Clarkson's intention was to follow his father into the church. At Cambridge, in 1785, Clarkson wrote the winning Latin prize essay for which the set topic was 'Anne liceat invitos in servitutem dare' ('Is it lawful to enslave the unconsenting?'). Research into the Atlantic slave trade left him appalled, in June 1785, when he was riding from Cambridge to London to embark on his career, he dismounted on the hill above Wadesmill and 'sat down disconsolate on the turf by the roadside and held my horse. Here a thought came into my mind, that if the contents of the Essay were true, it was time some person should see these calamities to their end.' William Wordsworth's poem, 'To Thomas Clarkson' celebrates this moment when 'the constant Voice ...Which, out of thy young heart's oracular seat, / First roused thee.' And it is this moment, of pivotal importance for the history of the British abolition movement, that the Clarkson Monument commemorates.